Learn about our Journey and Arrival!

Truth Grace and Mercy's journey actually started on Sunday, May 28, 2006, when Minister Grace M. Scott yielded to the voice of the Holy Spirit; not yet being called to the office of Pastor, but called to organize worship services--this organization was formally named Truth, Grace & Mercy Christian Ministry, Inc. The first monthly service was held in her home, on the 4th Sunday at 6:00pm, with seven in attendance.

Minister Scott, not fully understanding the mantel placed upon her, felt the load was too heavy to bear and became discouraged. By allowing the voice of discouragement to settle in, she held the last service on Thanksgiving weekend in 2006, ending with a message delivered by Elder Grady Lawrence Jr., who was then residing in another state.

But what God birthed and called forth in the Earth, no man can stop or destroy!

God continued the work he started by working on Minister Scott's heart, soul and mind—allowing her to grow from life lessons, challenges, and storms preparing her for the Spiritual journey.

In 2012, for the second time, the Holy Spirit ordered Minister Scott to finish the journey she had begun--with a specific calling in the office of Pastor. This time she excitingly obeyed and accepted the mantel placed upon her. The Lord spoke and said to gather your family and continue the call He ordained. And... 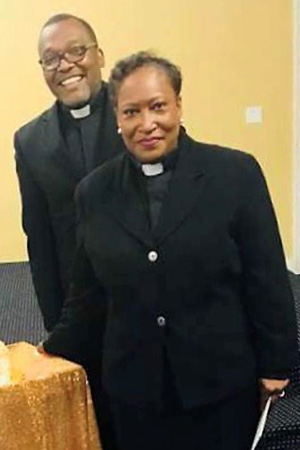 In 2013, God allowed Elder Grady Lawrence Jr. to return home and assist with organizing the ministry and the vision became a reality. Thus, Truth, Grace & Mercy (TGM) Christian Church started with her two daughters, eight grandchildren and eldest brother. These are the Charter Members of TGM.

Pastor Scott knew that the journey would not be easy and for many years she worked with and looked to her father, the late Rev. G. L. Lawrence, for leadership and guidance. But when his health had begun to decline, the Lord guided her to former Pastor now Overseer Michael Benton of Fairfield Baptist Church in Lithonia, GA, for spiritual covering and leadership.

So here we are…allowing God to perfect His Spiritual Completion in this ministry.
When God has a purpose to be fulfilled, know that it will come to past!